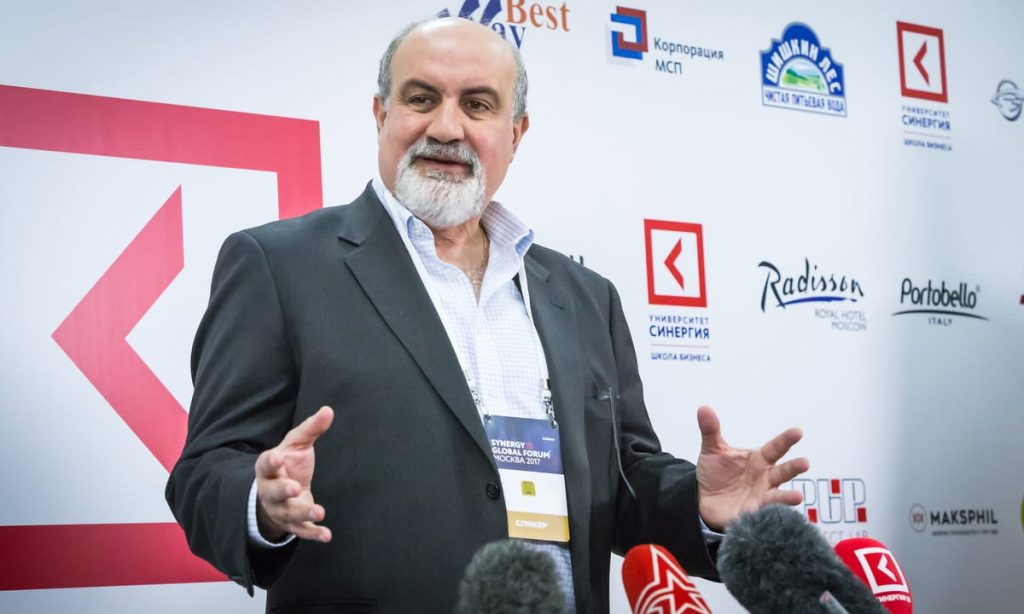 In a recent paper, the author of “The Black Swan” stated that the largest cryptocurrency market cap had failed to meet the expectations of its use as a currency with no government, as an investment safety haven and as a hedge against inflation.

He stated that bitcoin was one of the most fragile assets in financial history.

Taleb previously spoke more positively about bitcoin, especially its potential to help people bypass capital controls in markets that rely upon them to manage their exchange rate. In the 2018 foreword to ‘The Bitcoin Standard,’ Taleb called it “the first organic currency” and “an insurance policy against government control over currency.”

Taleb, a former quantitative trader and probability researcher, claims that bitcoin is worth “exactly zero” partly because it needs to be maintained with sustained interest.

He said that gold and other precious metals, on the contrary, are “largely maintenance-free”, do not degrade over a historical horizon and don’t require any maintenance to maintain their physical properties over time.

Bitcoin was first created in 2008. It has been known for being volatile. However, the Covid-19 pandemic years is the first time that Bitcoin has seen such extreme volatility during a global economic crisis.

Taleb pointed out that bitcoin fell further than the stock exchange in March 2020, but recovered after a massive injection of liquidity. He said that this is’sufficient evidence’ that bitcoin cannot be used to hedge against systemic risks.

He stated that bitcoin responds to liquidity. It’s not clear what would happen if there was a regional outage of the internet, especially if it occurred during a financial crisis.

Taleb stated that bitcoin has maintained an extremely high level of volatility, between 60 percent to 100 percent “throughout its existence.” However, that doesn’t necessarily mean that a cryptocurrency cannot ‘displace fiat, that is money that’s backed by the government but not by physical commodities like gold.

He wrote that it was desirable to have at most one real currency, without having a government. The new currency must be more attractive as a store-of-value by tracking a balanced basket of goods and services with minimal error.

Many people mistakenly associate the success and popularity of bitcoin as a digital currency, with that of bitcoin’s speculative investment. Taleb stated that a currency must be stable and easily usable in order to function as a currency.

Taleb is a distinguished professor of risk engineering at New York University’s Tandon School of Engineering, and a scientific advisor to Universa Investments.

According to CryptoCompare, cryptocurrency exchange data showed that bitcoin trading declined more than 40% in June. The price of bitcoin fell to a monthly low in June of US$28.908.

According to Kaiko data, June volume is still among the top five most volume-producing months.