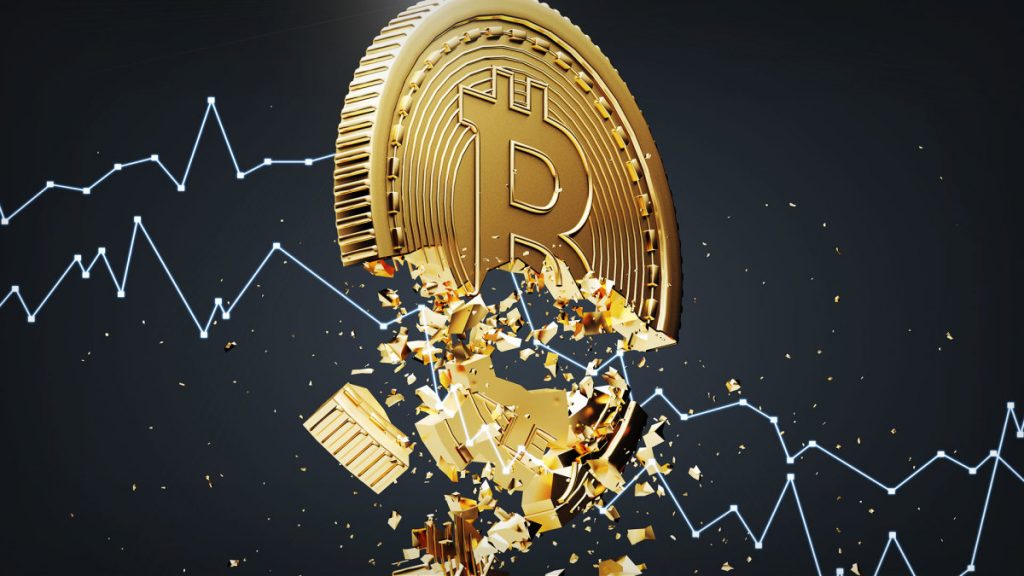 In the cryptocurrency market, September’s beginning is looking more like June.

Investors seem to be overwhelmed by panic at the uncertainty surrounding central bank monetary policies to combat inflation at record highs for several decades.

In anticipation of a possible recession, they liquidate any risky assets. Economists have been warned that the Federal Reserve’s aggressive increase in interest rates could lead to a hard landing or even a recession. For risky assets, such as those that offer no return on investment, the rising cost of borrowing money can be a negative.

Amid mounting concern about the economy of the region, the European Central Bank (ECB), is expected to raise interest rates at its September 8 monetary meeting.

The equity markets are experiencing no respite. The S&P500 lost 0.4%, while the Nasdaq 100 dropped 0.7% during the last session. The stock market is also experiencing a decline in cryptocurrencies, which have been developing for many months in tandem.

According to data firm CoinGecko, market valuation fell below $1 trillion to $983billion, a 6.1% drop in 24 hours. This level has not been seen since June. The crypto market reached an all-time record of $3 trillion in November 2017.

Bitcoin (BTC), which is the most popular cryptocurrency in terms of market value, trades below $19,000 symbolic threshold. BTC traded at $18,754.87 as of the writing time, down 6% over the last 24 hours. As the crypto industry was experiencing liquidity crises, prominent lenders such as Voyager Digital and Celsius Network, the most popular coin is currently close to the $17,600 threshold.

It’s also the decline of altcoins. The native token of Ethereum, Ether (ETH), is down more that 9% over the past 24 hours to $1,514.65, despite it being the centre of a major event within the crypto industry. Ethereum is considered the internet of crypto because nearly all projects there are developed. Experts say that the Merge event should bring in investors to the sector.

Merge will reduce transaction costs and speed up these operations. It will also significantly reduce electricity consumption for the validation system.

Many tokens that were attached to Decentralized Finance (DeFi) platforms were also sharply down. Cardano (ADA), Solana (SOL), and Polkadot(DOT) were all down 7.3% and 7% respectively.

The meme coins also fell sharply over the past 24 hours. Dogecoin (DOGE), which lost 6.3%, and its rival Shiba Inu(SHIB), fell 5%.