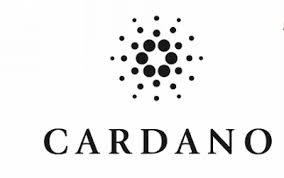 Charles Hoskinson has recently confirmed that the Cardno ADA updates are due to be rolled out soon. The chief executive officer of cardano’s parent firm IOH. Charles Hoskinson celebrated IOH case fifth birthday and updated about the latest developments while simultaneously assuring the community of smooth releases of cardano for the past six months. The Cardona development process has accelerated to unprecedented levels as the team’s behind the huge blockchain project have been functioning around the clock in order to catch up with their ambitious release schedules. Carl’s Hoskinson has announced a tentative Cardno ADA update release date for the company’s various highly anticipated releases. Hoskinson revealed the release of Byron reboot this month through a YouTube video on the IOH case with birth, the release will also likely make connecting to the network much easier, much swifter restoration and reduce sync times the specific date for the release is yet to be disclosed. The CEO though and now it’s a tentative schedule that releases but he also announced that the dates of Cardno eight updates will be announced by the firm’s product director Aparna Joo none the less Hoskinson revealed that following the release of Byron’s reboot, the Haskell Shelley test net would also be announced he further stated that jus would announce the final schedule for Shelley’s main net. The news is just simply spreading around now that this is going to happen. This seems relatively familiar, the thing being is that we keep getting news we’ve also had similar news in 2018, at the end of 2018, 2019 and the end of 2019, the beginning of 2020 that these upgrades are going to come it feels like we’re actually closer now but who knows exactly when or if this will happen I mean the time frame. I know there are a lot more people who are heavier lovers of Cardno, so if you have an actual date if you’ve heard anything, I thought the time frame was around summer June July, however we keep getting news that cardono is going to update soon or that dates would be announced that things are being accelerated or that updates are going to happen soon but we never get an exact date.