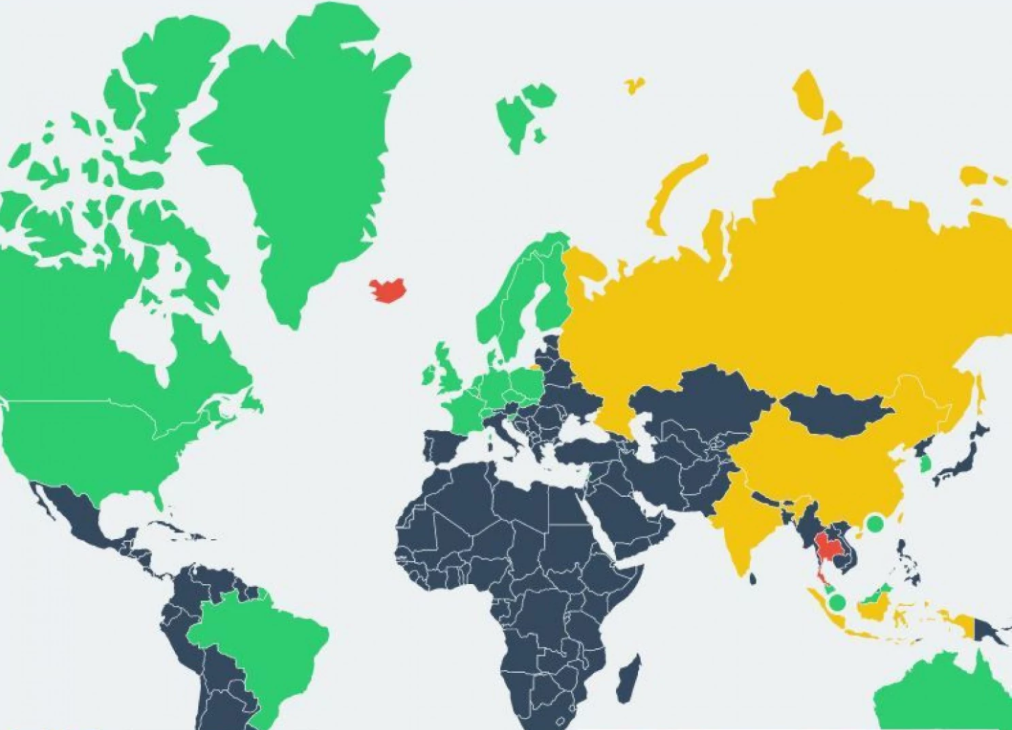 Most countries at the peak of their financial civilization extend open arms towards bitcoins, the digital currency invented to help fight monetary crisis in 2008. Making financial transactions without involving banks and other financial institutions as middlemen has made bitcoins and al its perks even more appealing to users worldwide, nobody was going to say no to reduced transaction costs any day. Here we are going to get into the most bitcoin-friendly countries, this might come in handy in helping you decide where to go spend your vacation if you have a lot of bitcoins.

The US
There are fewer bitcoin-friendly countries out there than the United States. The digital currency is widely accepted by even elite companies like Dish Network and an impressive number of modest business owners are open to being paid in bitcoins. The first protocols were served by the Financial Crimes Enforcement Network (FINCEN) in March 2013. This effectively put digital currency processors and exchangers under the canopy of the Banking Secrecy Act by tagging them as money service businesses. The only hiccup was a mild one, the companies involving in bitcoin use are meant comply with a series of registration and record-keeping requirements tallying with other financial institutions.

The digital nature of the currency means there’s going to be some risk surrounding it and the Securities and Exchange Commission (SEC) has issued investment advisories that notify and warn users of the risk involved in bitcoin investments. Possession of the currency is taxable because the Internal Revenue Service (IRS) treats it as property.

Canada
The possible use and application of Bitcoin in Canada is tightly regulated by the Canadian government. The country’s government has featured an unstable level of love for bitcoins, but we’ll focus on the best parts. Recent 2013 history states that the first bitcoin ATM was installed in Vancouver which was perfect time because it allowed users trade between Canadian dollars and bitcoin easily. The country was so bitcoin friendly that one of the country’s largest pension funds, the Ontario Municipal Employees Retirement System, was rumored to have invested in bitcoins in 2015.

Australia
Australia was a very bitcoin friendly country without any strict policies against its use. However, in September 2015, 13 user accounts were closed by local banks out of suspicion of incomprehensive transactions that pointed towards illegal activities. The series of events have made the system more scrutinizing to bitcoin transactions, but is gradually finding its place again in the country.

Japan
There will hardly be a bitcoin thread without the mention of Japan. Besides a few regulations here and there, Japan is a very friendly country to use bitcoins in, but, the Mt. Gox scam and bankruptcy that ensued in recent history (February 2014) triggered the introduction of a few regulations to make protect users in the future. The regulations include an acute decrease in the inconspicuousness of transactions and a few policies to thwart money laundering. These regulations have been in place since the early weeks of 2016 and the use of bitcoin in the country hasn’t exactly nosedived.